eBay has an extremely profitable and very important feature called Daily Deals, but until this project, was being accessed via dozens of spreadsheets. This was an internal tool to try to organize and visually enhance the daily deals backend. 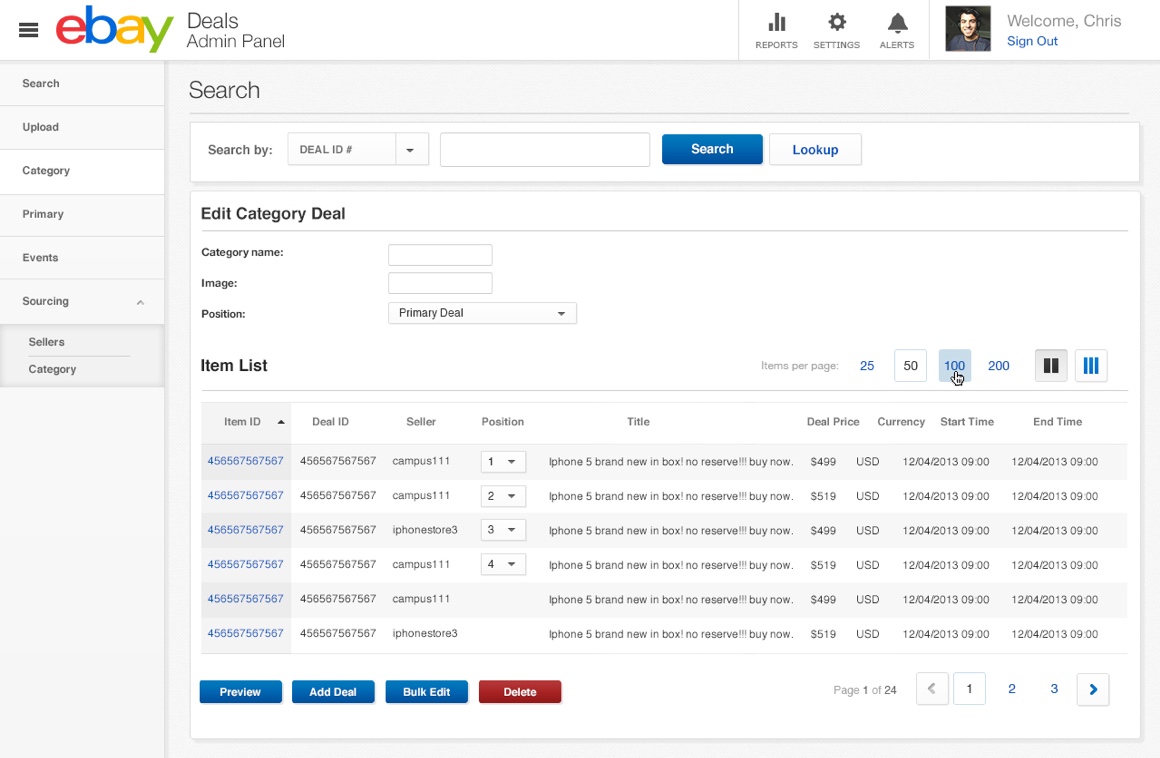 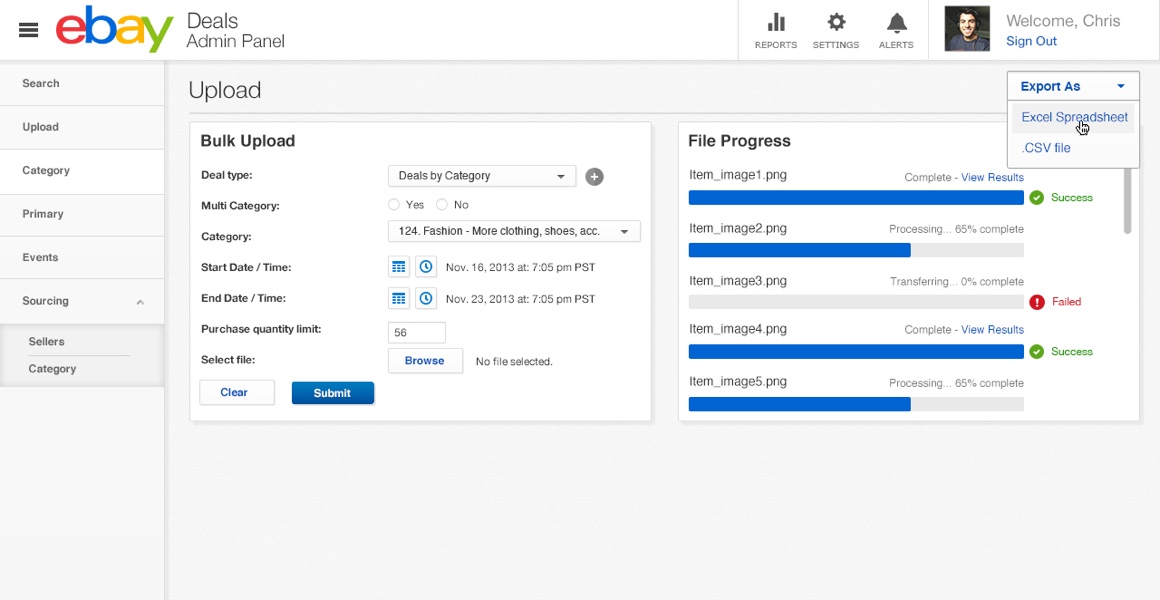